A DIY Space Suit for the 99 Percent 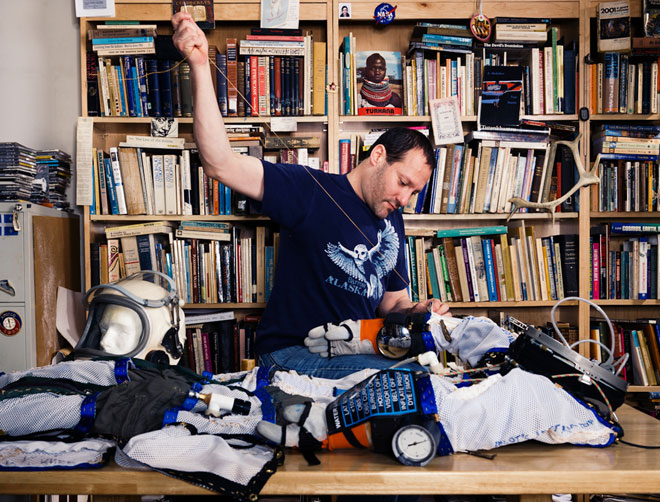 Checking a pressure gauge that measures the pounds of pressure per square inch inside the suit
Photo: José Mandojana 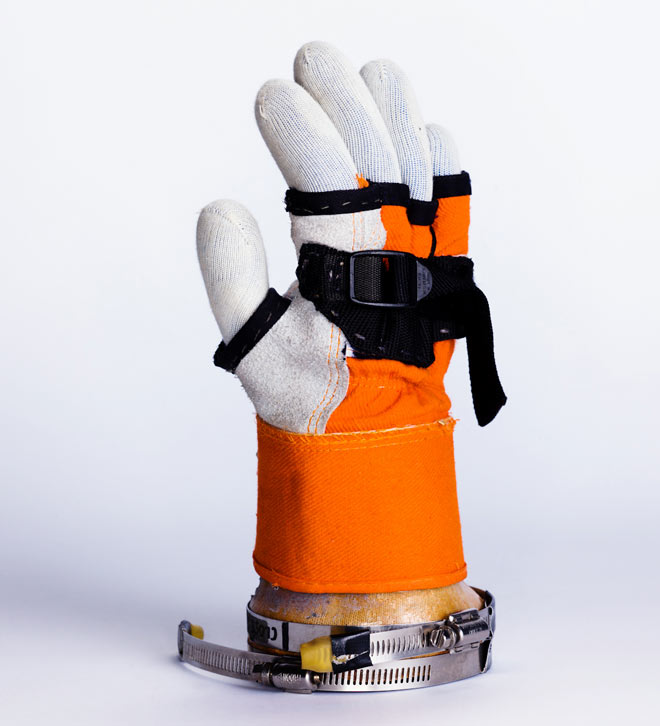 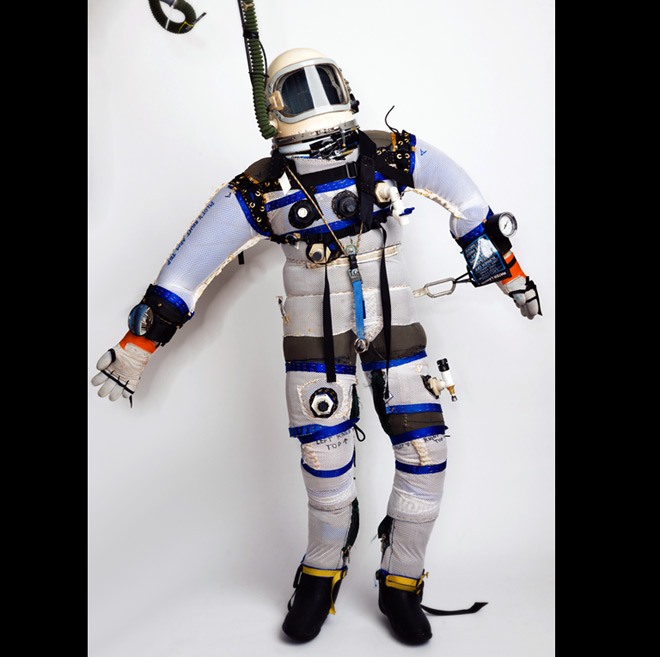 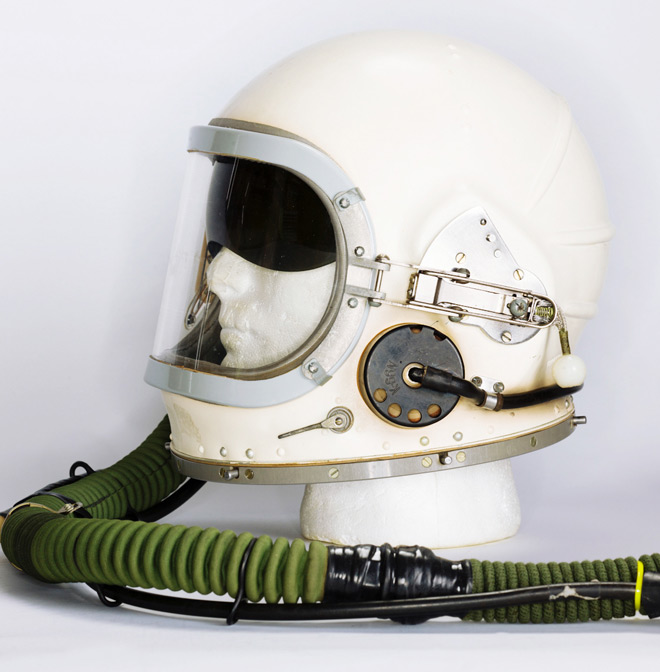 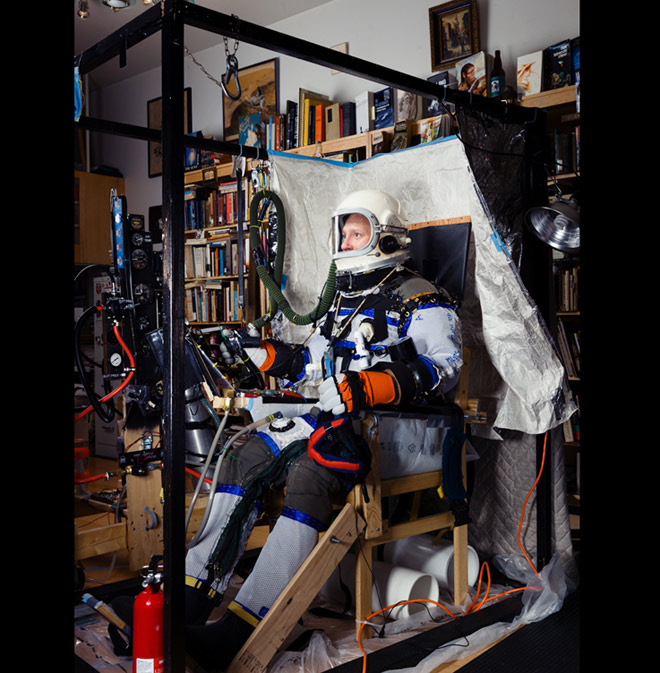 Wearing his spacesuit at his home in Portland.
Photo: José Mandojana

Taking a balloon up into the lower stratosphere may seem crazy, but to Cameron M. Smith it’s an opportunity to fulfill a lifelong dream. The 45-year-old Portland State University anthropologist couldn’t join NASA’s aviation program because of his poor eyesight. Lacking the funds to buy a ticket on a private space flight, he decided to take matters into his own hands.

At 50,000 feet up, death is imminent, so the first thing to do was build a suit. Smith bought some of the parts off the Internet: a diver’s dry suit, a gauge that measures internal air pressure, and an aquarium pump to circulate cooling fluid. Ace Hardware had other bits like nylon straps, wire, and a slew of PVC fittings and valves. It’s topped off with an authentic 1980s-era soviet fighter helmet.

Once the proof-of-concept suit is complete, Smith will test his rig in a hypobaric chamber, and if all goes well it will be rebuilt with sturdier elements. Then he’ll craft a nylon balloon, get a balloon pilot’s license, and clear his route with authorities. “If they could do this in the 1930s with rubberized canvas and pigskin gloves, surely I can do it now with the technology available,” Smith says. “This is not so crazy. This is not so wild.” Sure. We’ll just stay on the ground and watch from here, thanks.

This article was originally published August 17, 2012.

Use of senses during balloon flight, in my experience. Have fun!

For flying operations, your safety is in the checklists!

Was thrilled some yrs ago to be invited by NASA's exotic propulsion guru Les Johnson (NASA-Marshall) to describe human biological and cultural adaptation for the Tennessee Valley Interstellar Workshop; Lecture helped structure to my book: https://www.youtube.com/watch?v=jjbXeIwZeQk&t=1s

Team member Trent now off to commercial astro training, too cool! here he is getting suited up for a beautiful Twin Otter flight we did a few years ago, team member Michael suiting Trent up, we went to 25k ft, suits delivered proper O2, temp Ok, pressure Ok, CO2 Ok, all well!

Congratulations to my buddies @Moonshot87b Trent and @MikeMongo Mike on the start of their path to commercial astronaut training! And best wishes to the rest of the team!