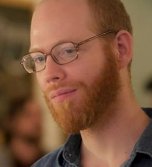 Mathew Lippincott has helped tremendously in our pressure   garment theory issues and with many practical fabrication   methods. His professional biography: “Mathew Lippincott works at   the intersection of design, public policy, and environmental   pollution, and plays with flying machines. As Director of   Production at Public Lab he oversees the development of new h   hardware kits for environmental data collection. He’s an advisor   to Recode Oregon and chairs the ANSI/IAPMO WE Stand Committee on composting toilets. On twitter as @headfullofair.”

A couple of stills from recent glove flight to 70,000 feet! The moment of launch; climbing up and away; drama between cloud layers!

We love our old Russian GsH6 helmets for testing purposes, but we do build our own helmets, and I will fly wearing our own helmet. Here is team member Antony Valoppi with one of our home-built helmets late last year. https://t.co/tGH6v82i0h

Reply on TwitterRetweet on TwitterLike on Twitter2Twitter
Load More...